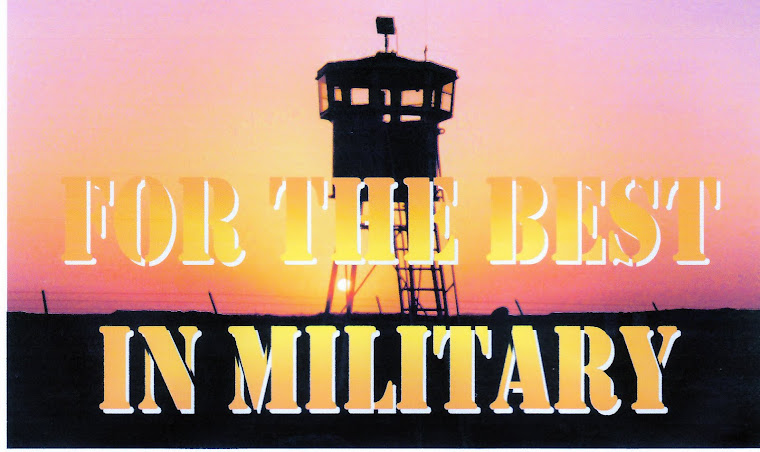 Two books and a stack of mysterious pictures.

In 1985 after my grandfather died
i received two books and
a stack of mysterious
pictures. 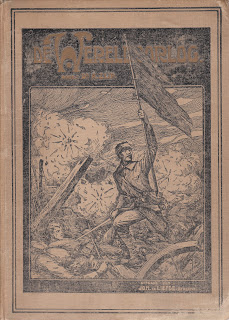 Two books about The Great War
written by Dr. A . Zijp.
The content of the two books was in its original form a magazine with news from The Great War (1914-1918) and later compiled in a book.
With this two books came a stack of original pictures with date marks, stamps and discribtions on the backside.
What was the meaning of this combination ?
The pictures series follows the different regional news on various fronts like the Polish Legion in the Carpathian mountians, the Turkish front, etc.
Are the pictures the left overs after they published the book ?
What i realised in later years after some research in books and files is the fact that a few pictures are very special.
The first picture is about the German wing adjutant of the German Emperor Count Estdorf in a meeting with a delegation of Greek Officers.
Note the envelope with the seal.
What's the meaning of this meeting and what's in the
sealed envelope ? 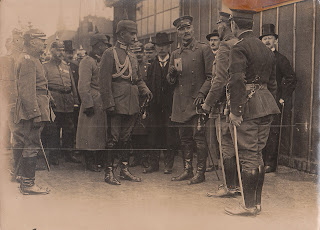 Has this something to do with the neutral position of Greece ?
The Prime Minister Venizelos was on the side of the Western Allies but King Constatin was on the side of the Germans and promissed strict neutrality to Germany by his pro-German Minister for Foreign affairs Streit.
The following serie is from a German oficer during the First World War (1914-1918), but who was this officer and why did he receive so much medals and such an impressive funeral ? 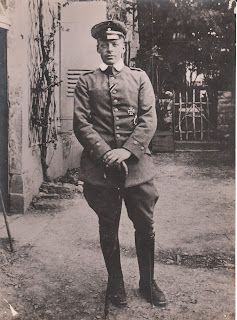 After some research i found out that this is a original picture from the greatest German aviator ever, Oswald Boelcke.
Not the German type war crime nazi from what we later called the Second World War but a very intelligent and nobel man who was the founding father of what's now called Dog fight. The basic rules, organisation and tactics for air combat.
Together with his commerade Max Immelmann they transformed military aviation with most reconnaissance flights and observer tasks into fighting units. 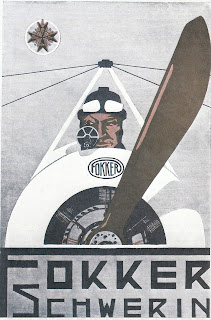 This started with a copied and improved design from the Morane-Saulnier and
Anthony Fokker the Dutch pilot and producer of airplanes in Germany build with the Morane in his mind the Fokker E1. The special thing about this design is its capability to fire the machinegun with a synchronised desgin meganism in front of the pilots face and through the propeller blades without damage for the propeller.
This was a big advantage in air combat and a novelty these days.﻿ 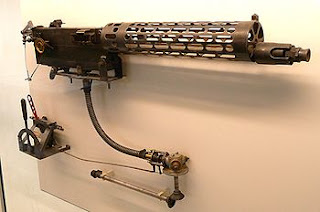 But what's so nobel about Oswald Boelcke ?
The first thing is that he rescued a boy from the water in occupied France and saved the life of this 11 years old boy.
The second thing is that he had a positive attitude against his opponent when a pilot survived after being shot down. 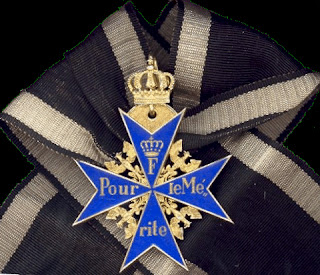 As one of the first German pilots Boelcke and Immelmann both received the highest German award, The Blue Max, The Pour Le Merite. 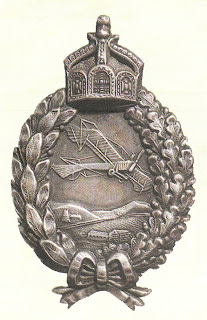 The German version of a Pilots wing
on the uniform. 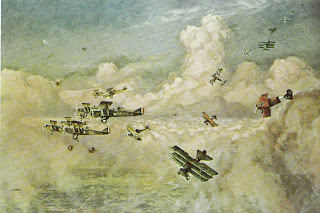 An artist impression of air combat. 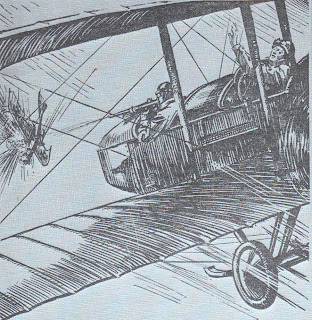 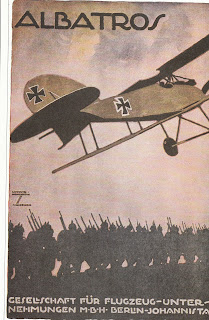 In october 1916 in a fatal accident in the air Oswald Boelcke did not survive.
He received an inmpressive funeral.
The following pictures are from my grandfathers collection : 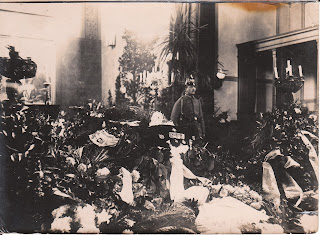 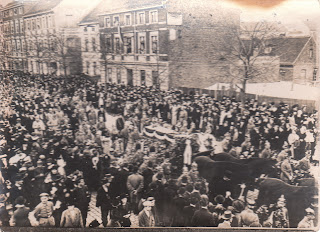 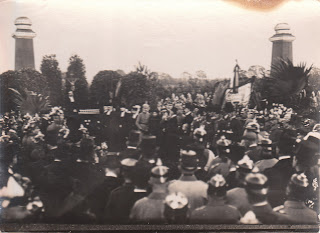 On the site from Gaston Graf about Jagdstaffel 2 "Boelcke"i found this picture of his grave. 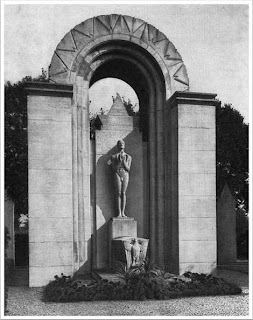 Even today the name of Oswald Boelcke lives on
in the modern German Fighterbomber wing 31 Boelcke in Norvenich. 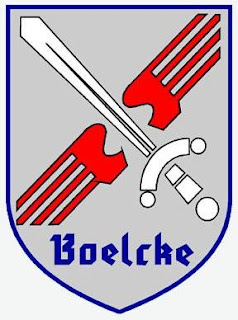 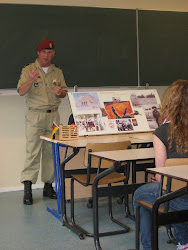